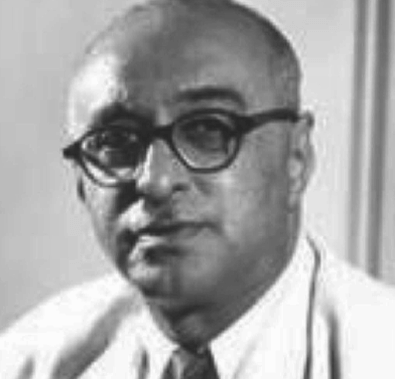 Ardeshir Darabshaw Shroff (1899-1965) was an eminent industrialist, banker, and economist. He was one of the architects of free India's banking and insurance business. Shroff was amongst the earliest proponents of free enterprise in India.

In 1944, Shroff served as a non-official (since India was not yet independent) delegate at the United Nations "Bretton Woods Conference" on post-war monetary and financial systems.

Shroff also co-authored the Bombay Plan, which was a set of proposals for the development of the post-independence Indian economy. In the 1950s, Shroff was the founder-director of the Investment Corporation of India and the company chairman of Bank of India and the New India Assurance Company Limited.

In 1956, Shroff co-founded the Forum of Free Enterprise, a think-tank, as a means to counter the socialist tendencies of the Nehru government. The forum emerged out of two separate editorials written by Shroff and Murarji Vaidya, both published in the 30th March 1956 issue of the Times of India. Minoo Masani arranged for a meeting between the two and thus the FFE was formed. Through FFE, Shroff sought to educate students and the common man about the sound principles of economics. Forum of Free Enterprise is still carrying on the torch of free markets and economic education by organizing debating competitions in colleges across India.

Later in 1959, Shroff would also play a role in founding the Swatantra Party. Swatantra was India’s only major liberal national political party. Shroff’s FFE had provided crucial support to the party in its early days.

Upon his early demise in 1965, A D Shroff Memorial Trust was set-up in his memory. The Trust has been active in carrying on the mission and vision of Shroff. Sucheta Dalal, an award-winning journalist, authored a biography of Shroff, titled “A D Shroff: Titan of Finance and Free Enterprise”.