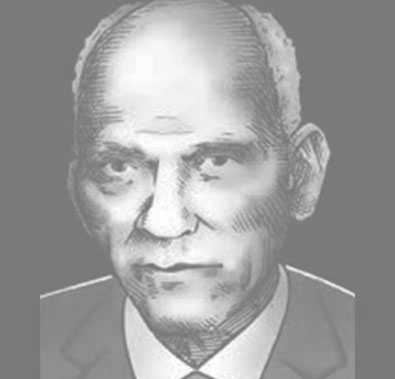 Professor Bellikoth Ragunath Shenoy (1905–1978) was a classical liberal economist. Born on June 3, 1905, near Mangalore, Karnataka, he was educated at the Benares Hindu University (where he secured a first-class first at the MA Economics Exam in 1929) and later at the London School of Economics (LSE). As a student, he actively participated in the freedom struggle and was jailed at Nagpur. At LSE, he was inspired by the ideas of Professor Friedrich Hayek who later won the Nobel Prize in Economics.

During his LSE stint, two of his papers, "An Equation for the Price Level of New Investment Goods" (1931) and "Interdependence of Price Levels" (1933) appeared in the Quarterly Journal of Economics which established him as an upcoming monetary economist. He was perhaps the first Indian economist to have a paper published in a leading scholarly journal.

After returning to India, Shenoy taught at Wadia College (Pune), Gujarat College (Ahmedabad) and University of Ceylon. He was associated with various Government Bodies of Ceylon (now Sri Lanka) including the Commission on Currency and the Department of Commerce. In 1942 he was appointed the Principal of L D Arts College, Ahmedabad. He would join the Reserve Bank of India in 1945. During his RBI days, he was the Far Eastern Representative of the IMF (1948) and an Alternate Executive Director of IMF as well as of the World Bank (1951-53).

In 1954, Shenoy joined Gujarat University as the first Director of its School of Social Sciences, a position which he retained till 1968. During this period he made substantial contributions to Indian Economic Policy debates, most notably his "Note of Dissent to the Second Five Year Plan" and Madras University Lectures entitled "Problems of Indian Economic Development."

His notable contributions to various policy issues like PL480 food imports, deficit financing, inflation, and economic development were marked by technical competence and analytical ability. After leaving Gujarat University in 1968, he founded the "Economic Research Centre" in Delhi and tirelessly espoused the cause of liberalism in India till he passed away on 8th February 1978.

He was President of the Indian Economic Association in 1957, Visiting Professor at his alma mater, LSE in 1966 and a member of the internationally prestigious Mont Pelerin Society.

His publications include “Ceylon Currency and Banking” (1941), “The Sterling Assets of the Reserve Bank of India” (1953), “Problems of Indian Economic Development” (1956), and “PL480 and India's Food Problem” (1974) apart from various articles in scholarly journals, both Indian and international. A collection of his writings “Planned Progress or Planned Chaos” edited by Professors Mahesh Bhatt and S. B. Mehta was published in 1996.