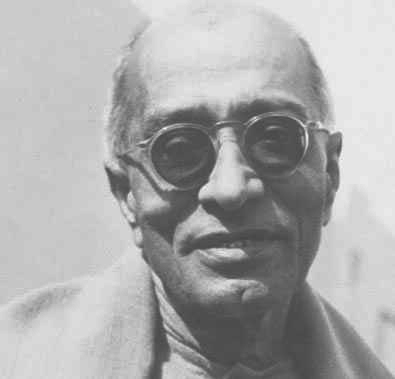 C Rajagopalachari (popularly known as Rajaji) was born on 10 December 1878 in the Madras Presidency. He completed his graduation in Arts from the Central College, Bangalore and went on to study law at the Presidency College from where he graduated in 1897. Rajaji began his career as a lawyer in Salem and soon emerged as a renowned practitioner. His entry into politics would come with joining the Salem municipality. His early interactions with Gandhi brought him closer to Congress. He participated in the Gandhi-led protest against the Rowlatt Act, the Non-Cooperation movement, the Vaikom Satyagraha, and the Civil Disobedience Movement.

He would eventually become part of a group that included the core disciples of Gandhi- Nehru, Patel, Prasad, Azad, and Rajaji himself. Gandhi came to call him the ‘conscience keeper’. An ardent follower of Gandhi, Rajaji never hesitated in speaking his mind and disagreeing with Gandhi, as could be seen in their correspondence. He was the only core disciple of Gandhi to take his call for the untouchability abolition seriously. The Poona Pact between Ambedkar and Gandhi was an outcome of his able mediation.

Rajaji became the premier of the Madras Presidency as Indian National Congress won the 1937 elections. With the onset of World War II though, Congress ministries resigned in protest against the Viceroy’s decision to involve India in the war. Later in 1942, Rajaji opposed the Quit India Movement. In wake of 1946 elections, he served as a minister in the interim government between 1946- 1947. After Independence, he became the Governor of West Bengal.

He was chosen as the successor to Lord Mountbatten as the last and only Indian Governor-General of India from June 1948 to January 1950. He became a part of Nehru’s cabinet as a Home Affairs Minister after the death of Sardar Patel. However, he eventually resigned by the end of 1951 due to constant disagreements with Nehru. He also became the chief minister of Madras for a period of two years between 1952 and 1954. He carried various reforms during his tenure as CM like abolishing control over food supplies and scrapping sugar rationing. His controversial “Modified System of Elementary Education” drew heavy criticism from the opponent DMK party and ultimately led to his resignation.

Thereafter, he took a break from active politics and devoted his time to literary devotions. He compiled Tamil versions of the Sanskrit based epics Ramayana and Mahabharata. He received the Sahitya Academy award in the Tamil language in 1958 for his translation of the epic Ramayana. Rajaji was also amongst the first recipients of the highest civilian award, the Bharat Ratna for the year 1954.

Rajaji came back into active politics when he organized the Congress Reform Committee in January 1957. The committee went on to become a political party named the Indian National Democratic Congress contesting in the Lok Sabha elections of 1957. Between the period of 1957 and 1959, he kept voicing his concerns over Congress’ faulty economic and foreign policy as well as its dominance over Indian politics. Minoo Masani requested him to lead the political opposition against Nehru’s Congress but he excused himself on the ground of ill-health.

The Nagpur Resolution of Congress (1959), however, changed his mind. On 4th June 1959, along with Minoo Masani, N G Ranga and V P Menon, Rajaji finally came up with the 21 principles that were to become the cornerstone of the new Swatantra Party. On the same day, he declared the beginning of a new political party named Swatantra to the public at a mass gathering in Madras.

Rajaji addressed numerous political rallies and penned regularly for Swarajya, against the various policies adopted by Jawaharlal Nehru and the Congress until he started suffering from illness. He passed away on 25th December 1972 leaving behind a great legacy for the cause of liberty and freedom.