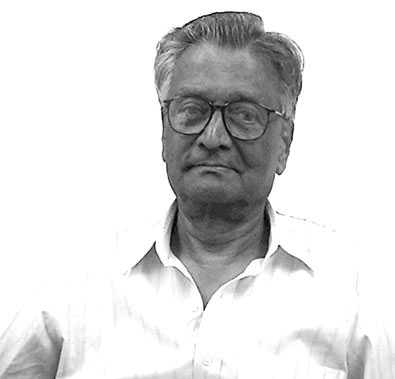 S V Raju (1933-2015) was the epitome of the dissenting Indian Liberal tradition which stood as a bulwark against the socialist domination of the Indian public sphere. As a lifelong liberal activist, he was closely associated with the Swatantra Party, Masani’s office and the Freedom First magazine for many decades.

Raju had joined the newly launched Swatantra Party in 1959 as the Executive Secretary and he remained a member till the very end. He would work under Minoo Masani, an association that continued even after the party wounded up. With the merger of Swatantra, Raju’s liberal activism saw him engaging with the Freedom First magazine, Forum of Free Enterprise, Project for Economic Education, and Indian Liberal Group. Meanwhile, he opposed the Piloo Mody-led merger of the Swatantra Party and kept the Maharashtra unit functional.

In 1996, the Maharashtra unit of the Swatantra Party, led by Raju and its general secretary, LR Sampat, decided to revive the Swatantra Party. To register it again and reclaim the party symbol, they approached the Election Commission. The law, however, demanded that all parties swear allegiance to socialism, per a 1989 amendment of India’s Representation of People’s Act. They refused and, instead, filed a writ petition in the High Court challenging this provision.

He is best known for keeping Freedom First alive which championed the cause of free markets, individual rights and the rule of law. At a time when liberal voices were muffled in popular discourse, Freedom First provided an outlet for liberals to voice their dissent. It was solely due to Raju's untiring efforts as Principal Editor for many decades that Freedom First remained in print and continued to do its good work. He was also responsible for preserving the magazine's archives and making it available free online.

In fact, Raju was a repository of all things related to Indian Liberalism after independence. He authored the biographies of Minoo Masani and M R Pai who were stalwarts of Indian liberalism. He also revived the Indian Liberal Group in the 1990s—a group initiated by Minoo Masani that was meant to be a platform for liberal values. He ran the group from his office in Mumbai till 2010, when the group was dissolved.

S V Raju stood true to his principles till the very end, even in the face of overwhelming odds. Throughout his life, he provided an example worthy for all liberals to emulate.