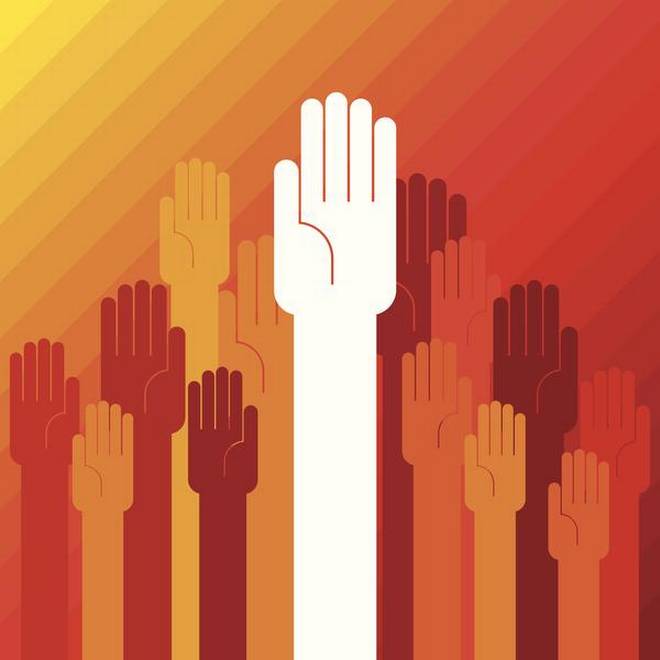 Not much has been talked about Yuyutsu, Kaurava’s half-brother from the epic tale of Mahabharata. He openly protested against the injustice meted out against the Pandavas and decided to fight with them, against his own brothers. Cut to the modern era, we see Mahatma Gandhi, the “arch dissenter of the twentieth century” winning India its freedom in 1947.  In November 2015, writers from various Indian languages registered their dissent in the light of attacks against freedom of expression, by returning their Sahitya Akademi awards.  Evidently, the argumentative, skeptic Indian has continued to dissent and it is very much a part of the Indian psyche as much as democracy and diversity are.

In any sophisticated society, there has to be a range of diverse opinions or philosophical departures to offer a variety of ways to seek the explanation of the world. Dissenting opinions enrich public discourse and they are to be encouraged. There was a strong tradition of dissent in India, beginning from the Ancient period, with the controversy between the ‘brahman’ and ‘shraman’/ nastik traditions. This contestation found echoes in works of Megasthenes, Ashokan inscriptions and Al Beruni who talks about the counter religion of the time, that of the Shramanas. In the Medieval era, there existed a great deal of sharp difference of opinion. For example, Sant Kabir and Ravidas gave one idea of religion and society while others propagated different, opposing ideas. To deny it would be wiping out half of Indian tradition and philosophy.

What does the term ‘dissent’ entail? It is not just protesting or a difference of opinion on a particular subject; it is an art of questioning and an attempt to challenge the conformism and blind complacency in a democracy; it is an invitation to awareness. Recently, the Supreme Court of India came up with, perhaps, the best definition of the term when it referred to dissent as “the safety valve of democracy”. The Court was discussing the arrest of activists by Maharashtra Police post Bhima Koregoan violence that took place in January 2018. As a right, right to dissent is one facet of Article 19 (1) (a) of our Constitution.

Along with the much celebrated demographic, religious, linguistic, cultural diversity we also have caste divisions within religions; rise of difference of views is quite inevitable in such a landscape. Despite speculations and arguments that such a country cannot hold together long as a single political entity, we did survive. The Indian model and its encounter with diversity offer a lesson to modern democracies in dealing with deep diversities. Interestingly, the ways in which dissent is articulated have changed across the years.   Films and documentaries are screened, books and articles are written, hunger strikes staged, speeches are made and cartoons drawn, songs sung and dances performed. Comedians are impressively using their medium of humor to drive home their views and make strong, subtle statements against the status quo. People kissed openly on the streets of Kochi to protest against moral policing and students shouted ‘azadi’ at the top of their voices.

One major factor that has played a groundbreaking role in this space is the advent of the social media and the growing number of people using social networking sites like Facebook and Twitter to express their opinions and views openly. This has two-fold implications. One, more people have awareness of the issues being discussed, thanks to the popularity of the media among the masses especially youth. Two, is a democratization of communication/ media. Social media offers an ordinary citizen the chance to be a journalist and speak out the truth, or be a whistleblower. Trolls and memes have totally overtaken the internet these days! However, this has had its own share of issues, the lack of a regulatory mechanism being a worrying aspect.

How dissent and disagreement are dealt with by any government is an interesting aspect to examine. In a huge democracy like India, to be able to deal with the ideas and opinions of a diversity of people is a delicate task. Lately, criticisms have been leveled against what was perceived to be quite an irresponsible way of accommodating the dissenters and reluctance to take part in constructive dialogues. It is ironical that this happens in a country whose Constitution makers emphasized on cultivating constitutional morality and encouraged the citizens to interrogate the institutions when they trample upon people’s rights. We shall look into three such instances to understand the issues at hand.

One is the continued use of sedition and criminal defamation laws against those who criticize the government. In April 2018, a folk singer was arrested by the Tamil Nadu state police for singing a song that allegedly criticized the Prime Minister. In June 2018, eight people were arrested in Bihar for sedition – they were accused of playing and dancing to an “anti-India” song.  Criticism of the government has begun to be equated with a criticism of the nation! Second, is the instance of State Governments resorting to blanket internet shutdowns to prevent people from using social media to incite violence.  Jammu and Kashmir and Rajasthan had to face this issue frequently last year. Third is the use of the Unlawful Activities Prevention Act (UAPA) indiscriminately to target human rights activists and of Foreign Contribution Regulation Act (FCRA) to shut down NGOs that complain against specific government projects. Hate campaigns against journalists in social media have also to be mentioned.

More than 70 years of independence, is the atmosphere not conducive to those who are trying to make their voice heard against those at the helm?  India’s ranking in Press Freedom Index dropped down to be ranked 140th in a list of 180 countries this year. This reminds one of the Orwellian universe, where nations are turned into republics of fear.  People are not able to make a speech questioning the state without being dubbed a threat to the country’s security and sovereignty. Fear and prejudice are ruling the day and journalists are scared of standing with the truth. This threatens both the liberal space that India has promised its citizens and the very idea of democracy where lies its identity. Accountability and

transparency are affected which tarnishes the ideal of democratic paradise that India is projected to be. However, there are certain steps that can be taken to save the nation from taking an ugly turn.

2018 saw a historic Supreme Court verdict that ensured that the ‘safety valve’ is still relevant. The part of the colonial law - Section 377 of IPC, repeatedly used as a weapon against the LGBTQ community was decriminalized by the SC pointing out that it violated the right to equality guaranteed by the Constitution. It was a culmination of years of collective dissent by a group of activists and public against not just the regressive law but the societal prejudice towards the LGBTQ community as well. The Court reiterated that the dynamic and democratic nature of the Indian Constitution allows dissent. This stood out as an example of how diverse opinions are to be heard and answered to. The way forward might not be easy, but if democracy and diversity are to survive, the fresh breath of dissent has to blow.

The first task is to take steps to repeal or amend regressive pieces of legislation, policies and regulations like the Sedition Act by holding discussions with the civil society and ensuring enough transparency in both the process and the laws. There have been laudable steps in this direction. Consider, for example, the repeal of Section 66A of IT Act that reinforced the belief in our right to free speech and expression. Archaic colonial laws like Section 153 – ‘wantonly giving provocation with intent to cause riot’ and Section 153A – ‘promoting enmity

between different groups on grounds of religion, race, place of birth, residence, language, etc’ that place limits to freedom of speech are to be re-examined in this post-colonial era.

The police force and security institutions need to be sensitized to address such situations properly; there have been cases where we saw them taking the side of those who harass, say, writers or artists. Northern Ireland passed a legislation that made protection of human rights a police duty, on an equal level with other traditional police duties.  Also, inappropriate cases which impinge on free speech are filed in the courts. Steps should be taken to develop internal mechanisms and policies to support a robust legislative framework. To this end, NGOs play a huge role. They are significant to a functional democracy like India as they provide a platform for the civil society to engage productively with the governments and dissent in a reasoned manner. Laws that ensure transparent functioning of NGOs is what we need, not ones which disrupt their smooth conduct.

A matter of urgent importance is to address the issue of journalist murders and take steps to ensure that press can work fearlessly and with complete freedom. Attack against freedom of speech is rampant on a global scale too; the near silence over the arrest of Julian Assange, publisher of WikiLeaks, hailed as the “first media hero of the 21st century” is frightening. Reports from Israel where government is creating barriers like fines and fees on people to exercise their right

to protest is discouraging. It is our responsibility to ensure that another Ambikesh Mahapatra is not arrested for sharing cartoons, no Ravi is jailed for questioning  a minister’s assets and never again a Jawan is haunted for raising concerns about something as basic as quality of food. It is not just our right; it is our duty and obligation to dissent.

There are international law principles and standards that guarantee protection against repressive practices that undermine freedom to speak and right to protest. Efforts have been taken by International Network of Civil Liberties Organisation (INCLO) and United Nations framework towards this end. The International Covenant on Civil and Political Rights (ICCPR) has identified certain “rights to protest” – a list of rights that a state must protect to enable the citizens to protest and dissent. India should take steps to align the systems in place with these international benchmarks.

For a democracy to function, dissent is indispensable as it renews the am aadmi’s faith in its representative nature. After all, a country that has celebrated dissent and revered fighters like Gargi who used arguments to wage wars of words cannot remain in the dark for long. Let more movements like #MeToo emerge and let more ‘pinjra’s be broken into pieces.

Profile of the author