The Imagined Democracy in India 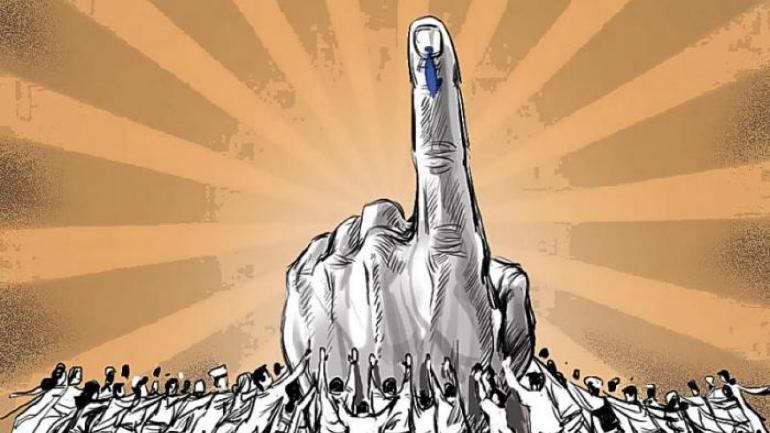 THE IMAGINED DEMOCRACY IN INDIA: A DEMOCRACY MINUS DISSENT?

Democracy, in practice, is a rowdy affair. The definitional lacuna between the notions of democracy and majoritarianism is becoming less significant today. The ‘sacred’ sovereignty of states is an untouchable entity even for its own citizens. No one has the legitimate right to question majoritarian decisions taken by the “democratic state” which claim to establish a ‘good’ and ‘orderly’ society.

Disagreeing with each other is a fundamental and natural human trait. Dissent, forming the essence of human nature, is quintessential for the ‘social’ survival of any human community. In simple terms, dissenting is a natural way of being in a society. Those who are in power is comprehending the notion of dissent in a way diametrically opposite to what it really is; and they are oblivious to the productive potential of the act of dissent which form and reform the human society perpetually. Once we are in power, we tend to think that every voice of disagreement as intended efforts to destabilize the apparatus of our orderly state. This prejudice goes to the extent in which the dissenting voices are silenced in the name of security and integrity of the nation. These are not abstract observations at least for India. For instance, Indira Gandhi, who was infamous for declaring national emergency in India in 1975, sometimes interpreted criticisms against herself as a move supported by external forces to stabilize her government.

A society which ignores and discourages the right to dissent is doing an act of self-destruction or entering to the state of complete stagnation. Even for an individual, self-dissent is central to internal formation. One’s progress is possible only when one allows critical faculty within to act against oneself. Self-progress, in this sense, is not antithetical to self-rejection. So is the case with a human society. J S Mill in his On Liberty makes these arguments clear. He observes:

“If all mankind minus one were of one opinion, and only one person were of the contrary opinion, Mankind would be no more justified in silencing that one person, than he, if he had the power, would be justified in silencing mankind. … But the peculiar evil of silencing the expression of an opinion is, that it is robbing the human race; posterity as well as the existing generation; those who dissent from the opinion, still more than those who hold it. If the opinion is right, they are deprived of the opportunity of exchanging error for truth: if wrong, they lose, what is almost as great a benefit, the clearer perception and livelier impression of truth, produced by its collision with error.”

Thus, Mill rejects the assumption of infallibility of those who are in a position to make decisions with the consent of majority. For Mill, truth is possible only by collision of adverse opinions. Formation of truth is an act of reconciliation and combining of adverse opinions.  What we can infer from Mill’s words is that dissenting opinions are not only to be tolerated but also need to be encouraged. Then the idea of “tacit consent” of Locke - which is vulnerable to authoritarianism - is inherently a bad idea.

Silent agreement as the sole determiner of social and political stability is a myth which has an immanent tendency for violence. Mature society or society of minimum evil knows at least how to respect the right to dissent of their members. In that sense democracy is the best available matured form of governance or social formation which has the inherent potential to encourage and combine adverse opinions in a diverse society. It is because of the presence of dissent in it which functions to rescue from the narrowing perspective of orthodoxy and corresponding abuses of power.

Representative democracy in India is an imagined idea. The people who are represented do imagine the democracy when their voices are reflected in the formal apparatuses of government. Everyone’s opinion may not necessarily constitute the final decisions of the government. But the minimum acceptable condition is that their voices are not arbitrarily depressed or rejected. The representatives are expected to act and reflect on everyone’s behalf; not that of a majority which she or he may wish to please. When affirming and dissenting voices are in conflict with each other and final decisions are stem out of this conflict, everyone’s opinion is truly valued; only in that state everyone could equally imagine a democracy. Democracy fails when this imagination fails.

Parliamentary debate and discussions is one formal level in which dissenting voices can be encouraged. Effective debates and discussions are possible outside the political society as well. Civil society movements are effective in raising voices which are neglected by the state.  Media is another effective agency of dissent. But the shrinking time of parliamentary debates and shrinking spaces of informal discussions are major concerns of democracy in India. Unfortunately, responses of the state against the dissenting movements show that both the method of violence and non-violence are judged by similar rationale. Partisan attitudes of other agencies of dissent such as media are also matter of concern. In this context Supreme Court of India recently observed: “Dissent is the safety valve of democracy. If you don’t allow the safety valve, pressure cooker will burst”.

Gandhi gave a fine model of practicing dissent. His model which successfully practiced against the British colonial government, especially during the Salt satygraha was unique in expressing dissent against the draconian law of the state. Ruler’s perceived fear of chaotic disorder was addressed by the agents of dissents, i.e. by freedom fighters, by expressing their willingness to accept consequences of the violation of the law as well. Gandhi knew that the reaction of a colonial government to all modes of dissent is solely grounded on fear of losing power. Does this Gandhian model of dissent is replicable in a democracy?

Modern legal systems do not always exist to punish crimes which are already done, but to prevent human beings from committing crimes against the ‘common interest’ of the state. Hence, fear of human potential to err is the defining character of modern legal system. Disagree with the morality imposed by the power-mongers is also an intolerable crime even in the eyes of a democratic state. Democracy and dissent are not antithetical to each other is a principle which practitioners of democratic governance sometimes forgets intentionally. Rulers in democracy also wish to rule in a “state of exception” (state of undeclared emergency). As defined by Carl Schmitt “sovereign is he who decides on the exception”. Schmitt is of the opinion that it is the sovereign who alone decides on the exception. In this normal state of things the natural potential of the ruled to decide for themselves is undermined and neglected.

Minority dissents are tagged as ‘anti-national’ now a day. But in fact, what is ‘anti-national’ is not dissent, but silence. Because, silence encourages complete stagnation of society by allowing only majority decisions to flourish. A true democracy needs dissenting opinions to conflict with majority decisions which in turn can create inclusive and better decisions. Then only a democracy can be imagined by everyone equally. In that sense, what is not ‘anti-democratic’ may not become ‘anti-national’ too. Right to dissent without the fear of possible victimization makes democracy the most acceptable form of government. The question of dissent emerges only when there is diversity in society. Hence the challenge of a heterogeneous society is to legitimize dissent and make the imagination of democracy complete for everyone equally.

What makes democracy without right to dissent can be anything except democracy. Without dissent, there is no democracy between adversaries and hence no politics. There arise only forced unity and unmitigated enmity that is the end of politics and democracy. As Prof. Jyotirmaya Sharma rightly observed, “there are no good people and bad people, only good ideas and bad ideas”. Dissent has the immense potential to make every bad idea into relatively well. But no superpowers can convert bad people into good. Simply because both doesn’t exist.

Profile of the author