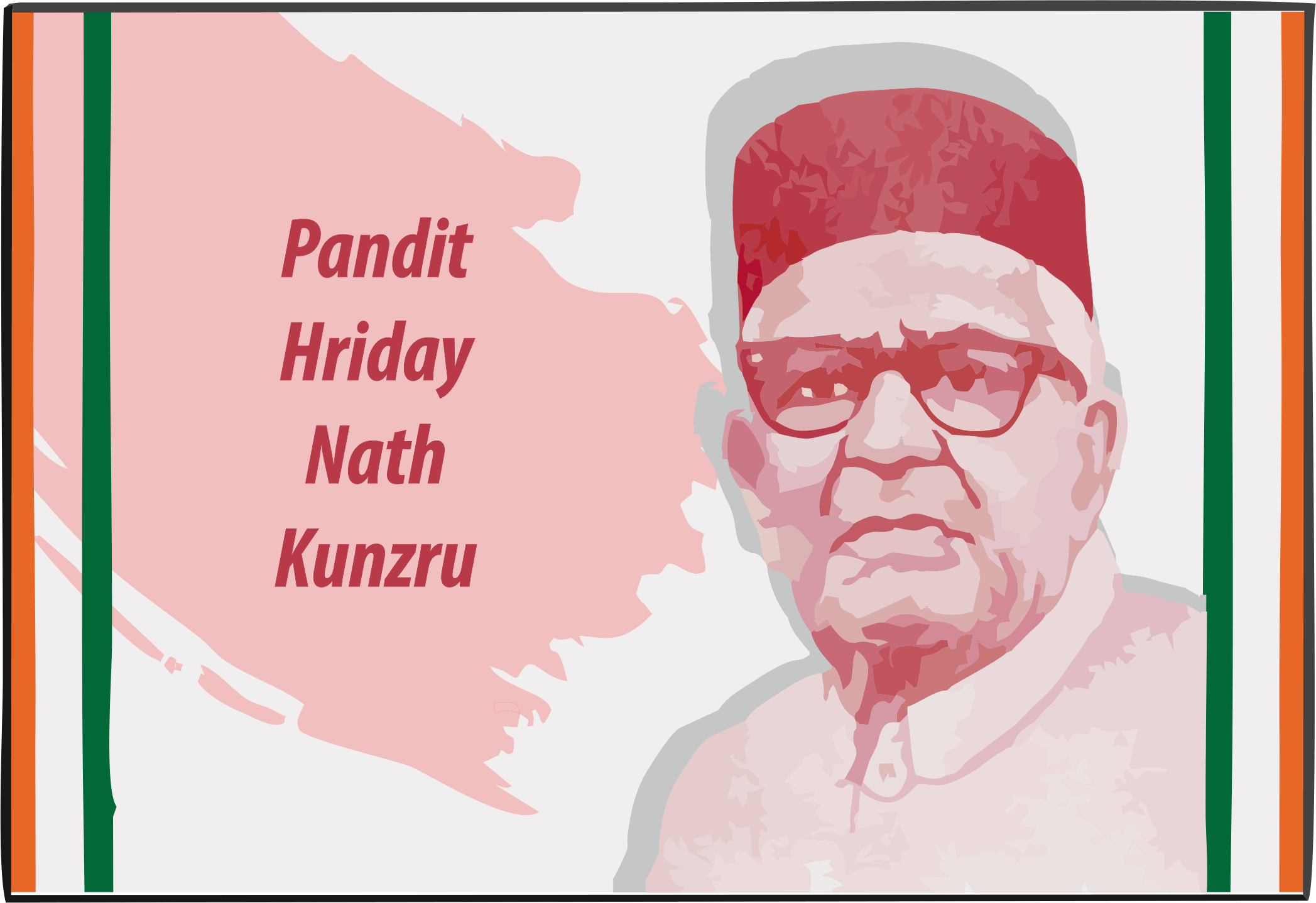 The trajectory of liberal nationalism in colonial India is characterized by an early prominence followed by a steady marginalization in the nationalist discourse. The moderate phase of the Indian National Congress reflects a strong liberal tradition which is also well-recognized.

However, the liberal contribution to the nation-building project after 1947 remains sketchily documented. The liberal “makers of modern India” seem to have been overshadowed by their equally-worthy Gandhian, socialist and democrat compatriots in the historical narrative. As even the icons of Hindu right are being revived, the liberal figures remain disowned in an increasingly illiberal India characterized by social majoritarianism and economic statism.

Hriday Nath Kunzru embodies this typical caricature of the “ignored Indian liberal”, dedicated to the task of nation-building in its early years. Kunzru’s public life though goes back to the anti-colonial movement. His illustrious career began with his request to join the Servants of India Society when Gopal Krishna Gokhale visited Allahabad in 1908. The dedicated and tough public servant that Gokhale was, he cross-questioned Kunzru in Calcutta and made him write an essay on Madras Congress. Not until 1909 did Kunzru was admitted into the society.

In 1911, Gokhale sent him to the London School of Economics on the behest of Gandhi’s friend Sheldon Pollack. At LSE, Kunzru was taught by the likes of Alfred Marshall and Sir John Maynard Keynes. Back in India, he worked for the Indian National Congress until came the liberal split of 1918.

He would go on to join the Indian National Liberal Federation along with Tej Bahadur Sapru, V S Srinivasa Sastri and C Y Chintamani. In upcoming decades, Kunzru emerged as one of the few major liberal voices in both the legislature and public domain as the nationalist movement swept aside the liberal agenda. Alike other fellow liberals, he advocated constitutional means and was against non-cooperation, he demanded self-government within the then Commonwealth and fought for the indigenization of military and bureaucracy.

A major part of Kunzru’s public career was dedicated to legislative participation. He was a member successively of the Legislative Council of the United Provinces (1921-26), the Central Legislative Assembly (1926-30), the Council of State (1936), the Constituent Assembly (1946-50), the Provisional Parliament (1950-52), and finally the Rajya Sabha (1952-64). As a quintessential parliamentarian, he fostered the democratic decision-making tradition with his impeccable debating skills and intelligent interventions. The roots of Indian democracy in the Nehru years were, in no small measure, strengthened by the labour of the likes of Kunzru.

Kunzru’s more significant contribution to Indian democracy though lays elsewhere in his role as an institution builder. It is also here that his liberal conviction very clearly comes into play. On the state funding of civil society institutions, he was clear that “if the public cannot support the institution, I would prefer it to be closed down, rather than go to the government for help!” His wide-ranging associations with civil society organizations included his stint as the national commissioner of the Bharat Scouts and Guides; president of the Film Cultural Association of Delhi, president of Uttar Pradesh Harijan Sevak Sangh, executive committee member of the Bharatiya Adimjati Sevak Sangh, and connection with the Children’s Film Society of India. He also founded two pioneering Indian institutions in the domain of International Studies – the Indian Council of World Affairs (ICWA) and Indian School of International Studies (ISIS, which now is the School of International Studies at Jawaharlal Nehru University).

His adherence to liberal values was evident in the way he handled the functioning of these institutions. Former JNU professor and a close friend of Kunzru, Prof M S Rajan wrote that he would never interfere in the intellectual freedom of the educational and research institutions he headed. Rajan also attested to the liberal political values embodied by Kunzru including individual liberty, freedom of the Press and association, the sanctity of private property, and a multi-party political system.

Kunzru argued that the best government was the one that governed the least. He advocated for the limitation of state power in favour of the freedom of citizens. As a liberal, he made the distinction between the good intention and outcome of state policy or action. His criterion for the judgment of an individual, policy, or action was very clearly rooted in liberal philosophy, writes M S Rajan.

Kunzru’s pioneering legacy is thriving today in the Sapru House and Jawaharlal Nehru University which house the institutions that he built from scratch. He helped found ICWA in 1943 and remained its President from 1949 to 1976. Kunzru travelled around the country to collect funds for the construction of Sapru House building. Prof B Vivekanandan recounts the event in his tribute to M S Rajan who was also part of the initiative. Prof Rajan brought skilled artisans from Makrana (Rajasthan) who were persuaded by Kunzru to design the building without charging wages. The publicly funded project thus came to fruition. ICWA would later go on to host the famous Asian Relations Conference in 1947. The decline of ICWA after the death of Kunzru in 1978 only underscores his role in fostering institutions with care.

His other initiative in the Indian study of international affairs came in the form of the Indian School of International Studies. Established in 1955 by ICWA and affiliated to Delhi University, the School was meant to create an Indian intellectual tradition in international affairs. The project also had the support of Pandit Nehru who sought foreign policy scholars to steer India in international affairs. In 1961, ISIS became an autonomous deemed university and pioneered area studies in India. Though, it also became involved in controversy in the 1960s over its refusal to accept Hindi imposition. With the formation of JNU in 1969, the government sought to merge ISIS with the newly formed university. Kunzru, though opposed to the move, allowed himself to be persuaded by the faculty and students. The institution came to be known as the School of International Studies (SIS). Kunzru’s association with the school continued as he would consult faculty members in preparation for his speeches and debates.

SIS annually conducts the prestigious H N Kunzru Memorial Lecture in tribute to its great liberal founding father. This is perhaps, unfortunately, what remains the only living memory of him.