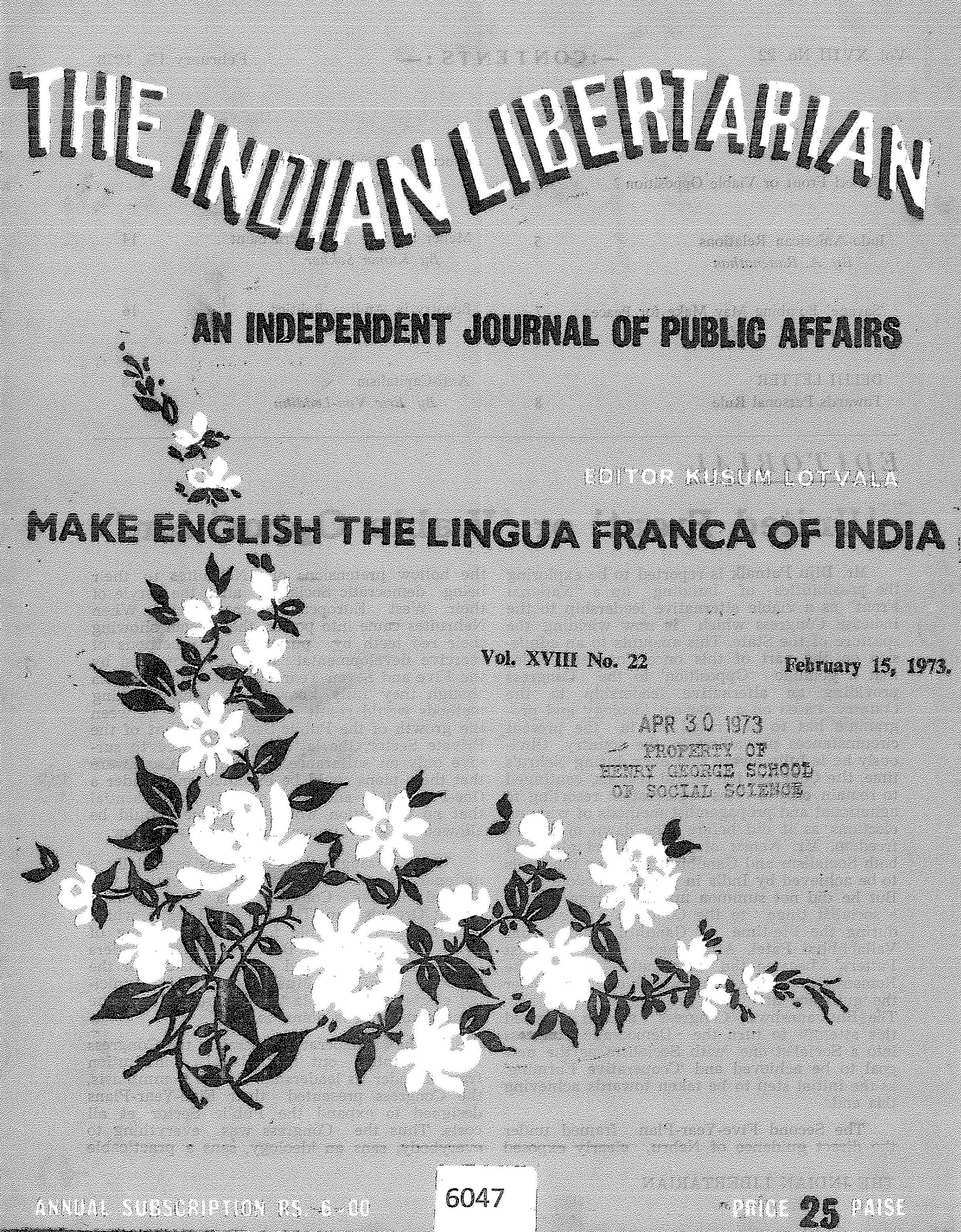 The Indian Libertarian was a fortnightly journal, which was first published in the year 1957 by R B Lotvala and edited by his daughter Kusum R Lotavala. The journal defines its philosophy by stating, “As the name Indian Libertarian signifies, we stand for libertarianism as against totalitarianism and authoritarianism of any kind, whether from the right or the left. Libertarianism relates to the whole field of human actions and relations and implies a definite general attitude to all social relations and all aspects of individual action”.

Some of the prominent and knowledgeable Libertarians including C Rajagopalachari, M A Venkata Rao, M N Tholal were frequent contributors to the journal. The Indian Libertarians were ardent supporters of the cause of freedom and liberty. In one of their publications the journal states “…socialism and Marxism are discarded doctrines. It is a national tragedy and that is what the Indian Libertarian, in its own way, is fighting against. It is not yet a Lost cause. It is a Live cause.”

The Indian Libertarians clearly stated their support for English as the national language by using the slogan “Make English the Lingua Franca of India” on the front page of their publications. The journal had highly intellectual pieces and series of articles under its Economic Supplement which engaged the readers with various vital economical issues such as Inflation, perils of Central Planning, critiques of annual budgets and various laws and policies of the then government.